Tsavo West National Park is protected national park located in the coastal province of Kenya which covers an area of 9,065 square kilometers; together with Tsavo East National Park, they form one of the largest National Parks in the Africa and the whole world. Tsavo West is a more popular destination on account of its magnificent scenery, Mzima Springs, rich and varied wildlife, good road system, rhino reserve, rock climbing potential and guided walks along the Tsavo River.

Tsavo West National Park has a variety of wildlife, such as eastern black rhinoceros, hippopotamus, Cape buffalo, elephant, leopard and lion. There are also other smaller animals that can be spotted in the park, such as the bushbaby, hartebeest, lesser kudu and Masai giraffe.

The Park is a real wildlife safari destination as all the big five are found there. Tsavo West is marked by a number of rocky outcrops and volcanic hills. Shetani lava flows, just outside the park, make for a great excursion. On a fine day, the park offers lovely views of the snow-capped peaks of Mount Kilimanjaro.

When driving, there two main gates into Tsavo West National park; via Chyulu gate or Mtito-Andei gate. Also, the park can be accessed by local flights through major airstrips in side the park like; Finch Hatton’s Airstrip, Maktau Airstrip, Kilaguni Airstrip, Lake Jipe Airstrip and Komboyo Airstrip. 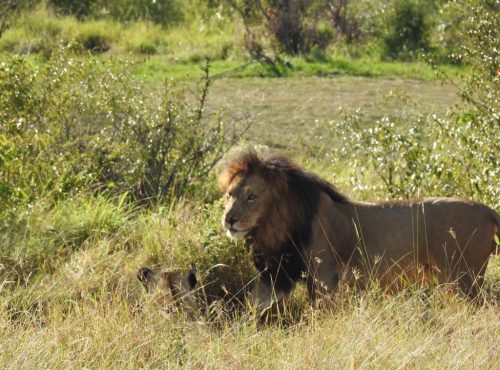