The main feature of the Ngorongoro Conservation Authority is the Ngorongoro Crater, the world’s largest inactive, intact and unfilled volcanic caldera. The crater, which formed when a large volcano exploded and collapsed on itself two to three million years ago, is 610 metres (2,000 feet) deep and its floor covers 260 square kilometres (100 square miles). Estimates of the height of the original volcano range from 4,500 to 5,800 metres (14,800 to 19,000 feet) high. The crater floor is 1,800 metres (5,900 feet) above sea level. The crater was voted by Seven Natural Wonders as one of the Seven Natural Wonders of Africa in Arusha, Tanzania, in February 2013. The Ngorongoro volcano was active from about 2.45 to 2 million years ago.

The volcanic eruptions like that of Ngorongoro, which resulted in the formation of Ngorongoro Crater in Tanzania, were very common. Similar collapses occurred in the case of Olmoti and Empakaai, but they were much smaller in magnitude and impact. 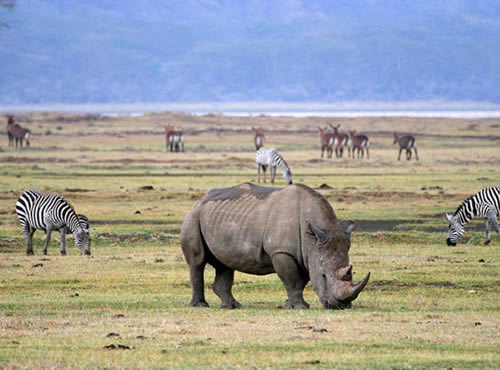